On 20th June 2019, the EU clarified their determinations on the regulation of persistent organic pollutants (POPs) (2019/1021). Specifically, the EU has adopted stricter rules on the disposal of waste containing POPs which includes waste electrical and electronic equipment (WEEE).  POPs plastics must now be disposed of via thermal treatment to minimise their risk to human health and the environment.  This will have knock-on effect for those involved in the WEEE recycling industry and potentially other areas of recycling.

Why are the regulations changing?

The presence of POPs in the environment is alarming for the EU. They degrade slowly and manage to make their way through the environment, even into the food chain far from their source of origin.  For that reason, the EU is pressuring member states to implement measures that protect human health and the environment against POPs in WEEE.

The Industry Council for Electronic Equipment Recycling (ICER) researched plastics from different WEEE streams including plastics found in liquid crystal displays (LCDs) and cathode ray tubes (CRTs).  They found that the level of POPs is higher than what is allowed by current regulations. This makes those waste streams effectively hazardous.

The next issue of the Environment Agency guidance for waste classification (WM4) will reflect this change.  Many non-hazardous WEEE items are now reclassified as hazardous. Those items would be subject to the Hazardous Waste Regulations 2005 and – instead of traditional recycling activities – need disposal via thermal treatment.

What are POPs and why are they dangerous?

Our resident waste classification expert, Dr Andrea Petrolati, outlines that POPs are organic chemical substances. Certain types of POPs, such as brominated flame retardant (for example TBBPA), were historically used in the production of electrical and electronic equipment as a fire retardant.  The plastic found in display equipment may have used POPs in this way.  However, the use of TBBPA compounds in manufacturing has tapered off.

If not properly managed, POPs can cause significant harm to the environment in the long term. Their persistence in the environment is due to their resistance to most environmental degradation processes. As a result, these substances will remain in the environment and accumulate (bioaccumulation). They will eventual making their way back into the food chain.

How will POPs in WEEE change treatment?

As mentioned above, WEEE POPs plastics are hazardous so thermal treatment will now replace the traditional recycling process.  Many in the AATF community contend that exporting this material to OECD countries is the best commercial possibility at present.  This is because of the lack of available facilities in the UK.

The ground is ever-shifting on this topic and the true extent is not yet known. At Wiser Environment, we will continue to keep their ear to the ground and communicate updates. 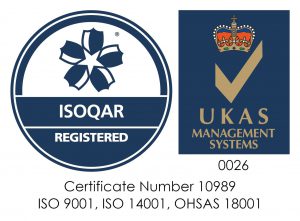